A Traveler Looks at the European Traveling Puzzle

Ready, set…Here’s a thumbnail sketch of the European puzzle that travelers need to know: the European Union, the Schengen Agreement (down came the borders) and the Euro (common currency).  And you thought everything was bundled into the E.U.  Oh, how wrong you are.

I said ‘thumbnail’ and I meant it.  Don’t expect a diatribe wallowing in the worm bucket of political problems, or a digression to the beginnings of the search for European unity, or a creep forward with inane facts, until even thoughts of sex and alcohol won’t keep you from yelling at the wife and kicking the dog.  Want to know the history and all that?  Lots of books, plus Google.  Help yourselves.

I’ll put the tangled web of “whereas and wherefore” behind me and focus on what travelers need to know about the European Union, borders, and money.

Yes, when first entering the E.U. you’ll have to have your passport stamped and even tiny, innocent children must have their own passports.  You’ll see a division at the Customs and Passport desks.  One sign will say Citizens of the E.U. and another will say Other Swine.  Just kidding about the swine, but there will be two sections.

Ok, you got through passports. Now let’s tackle the European Union. The E.U. is essentially a political and economic zone, neither of which a tourist needs to care a fig about.  Member states have their own militaries (if they have militaries), their own governments, and many of their own laws, but much legal power has been given over to the European Parliament.

Note:  Wasn’t Brexit the end of the United Kingdom’s membership?  Not yet.  Takes years and massive brokering of trade and travel agreements to enter or exit European Union membership.

Now let’s get to the heart of travel: borders and money. The Schengen Agreement (1995) tore down borders between  many E.U. members.  Some non-members also signed Schengen.  The Swiss are a good example.  When visiting Switzerland you can cross the Swiss border without showing your passport.  Other states, such as Norway, Iceland, The Vatican, San Marino, Liechtenstein, and Andorra also have open borders.

Here’s a map that may help. 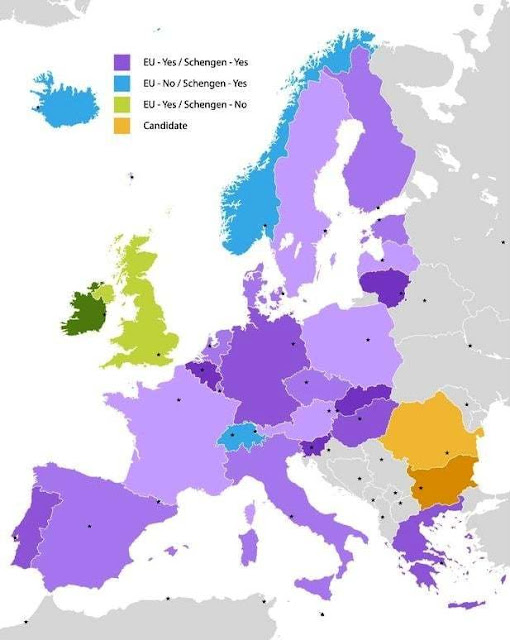 The third part of the European puzzle is the Euro.  Those countries that use the Euro as their currency are commonly referred to as The Euro Zone.  That means all the members of the E.U., right?  Not quite. 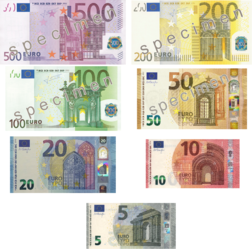 Bulgaria, Croatia, Czech Republic, Denmark, Hungary, Poland, Romania, Sweden, and the UK don’t use the Euro.  They’re all E.U. members, but kept their own currencies. So if you visit those countries you’ll have to change money, or better yet, use your credit card.  Also ATMs are all over.

But today’s Europe is a lot more convenient than it was when you carried a gunnysack of French Francs, Germany Deutschmarks, Italian Lira, and Spanish Pesetas.

You may well ask, the Euro is just in Europe, right?  Mostly right.  Territories owned by member states also use the Euro.  There are even some French islands off the Canadian coast that use the Euro.

Do other non-European Union countries in Europe use the Euro?  Yes.  Monaco, Kosovo, Montenegro, The Vatican, and others.

Those are the three pieces of the puzzle and as you can see, it truly is a puzzle, with some E.U. countries without open borders and also keeping their own currencies and some non-E.U. countries that are in the Euro Zone and have open borders.

All becoming clear now?  I thought so.

When you travel, the fine points aren’t going to be particularly troubling.  You have a passport, a credit card, a debit card, and a driver’s license, right?  Well, ok!  You may be in for a few surprises, but not many.  Slosh down the wine, gobble the food, chat with the natives!  Enjoy the atmosphere! You’ll have a great time.

Here are some other things to keep under your hat:

Great minds with advice for travelers from autoeurope.com:

“When preparing to travel, lay out all your clothes and all your money. Then take half the clothes and twice the money.” – Susan Heller

“I can’t think of anything that excites a greater sense of childlike wonder than to be in a country where you are ignorant of almost everything.” – Bill Bryson

“I haven’t been everywhere, but it’s on my list.” – Susan Sontag

“I have found out that there ain’t no surer way to find out whether you like people or hate them than to travel with them.” – Mark Twain

“Kilometers are shorter than miles. Save gas, take your next trip in kilometers.” – George Carlin.
Posted by foxone12 at 11:18 AM No comments:

From Ireland to Your Land: Chicken Pie with Leeks, Potatoes, and Mushrooms 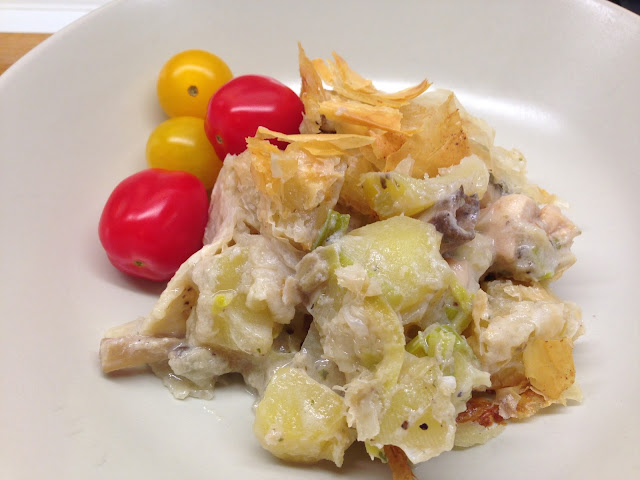 All who think the Irish have great food, say, “Aye!”  There seems to be but few responses.  I’m saddened. Ok, let’s give ‘er another try, but first let me tell you I promise a pint of Guinness to every brawny man and pleasing wench who screams, “AYE!”

Now that’s more like it, lads and lassies, or as they say in Gaelic, leaids and beans, which is pronounced lads and bans.

But, you’re finishing off that pint like a wee cuddler of a gull!  Come on!  Finish-er up! Grab another and let’s put this pie on the hearth!

The winter winds are beginning to bluster and wiggle through the cracks in the walls. Drag out the woolens and lay out the gloves and scarfs. Time for a pot full o’ cookin’! 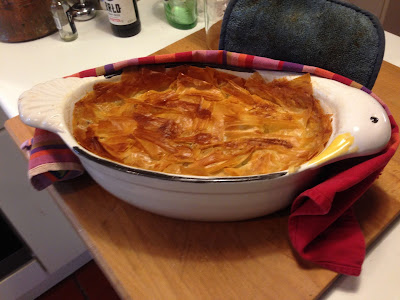 This savory pie is Irish style, but call it what you will, on a chilly winter’s eve, chicken and vegetables in a rich sauce, with a flaky crust is just the thing to calm your ragged nerves, warm your tortured soul, and settle you in for a comfortable night.  Of course, you also need some Guinness.  Why do I even need to bring that up???

Boil the potato cubes in salted water until barely tender, then remove from the pot and set aside.

Add a Tablespoon or two of butter to a large frying pan and toss in the cubed chicken.  If you used unsalted butter, dust the chicken with salt.  Cook only long enough to get the chunks a bit brown. 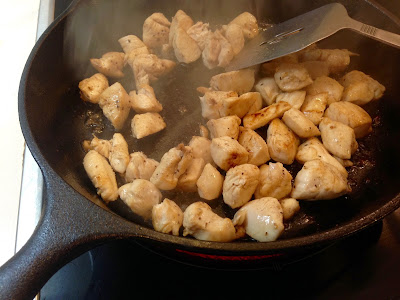 Add the leeks and mushrooms to the frying pan and cook for three minutes.  Stir in the flour and cook for a minute or two longer. 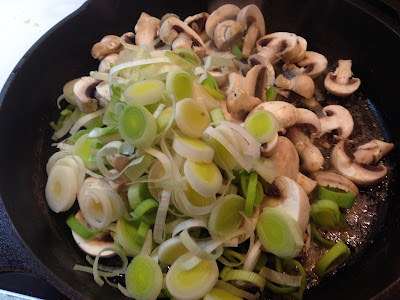 At this point, you may be asking, "What the hell is a leek?"  There's a photo below.  Related to the onion, it's much milder and in Europe is often used in soups and stews. 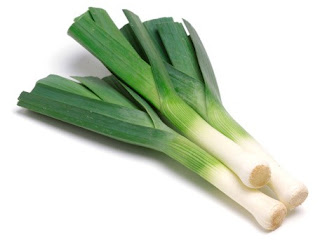 Slowly add the milk, stirring constantly,  then add the potatoes and tarragon, salt and pepper to taste, and simmer for about ten minutes. 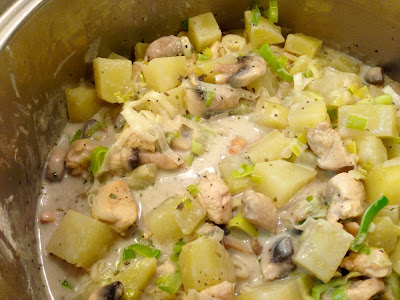 Melt some butter in a small saucepan.  Paint the inside of a deep pie dish, line it with two sheets of phyllo dough, buttering in between sheets.  Phyllo tears easily, so if you end up with a patchwork, that’s fine.

Fill the dish with the chicken mixture, then cover with sheets of phyllo, painting with melted butter between each sheet, then paint over the last sheet.  Butter any scraps of phyllo left over and put them randomly over the dish in a haphazard manner.  (see photos)

Slide the chicken pie into the oven and cook for about 45 minutes, but don’t let the crust burn. 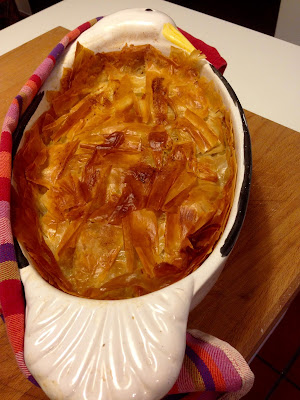 Satisfied your Guinness thirst?  Then bring out that bottle of Irish whiskey ya been hidin’ for just such a moment!  Let’s celebrate a great pie from a great land!   ♫ This land is Ireland, this land is your land… ♫

My Favorite Prosecco from Iris Vigneti 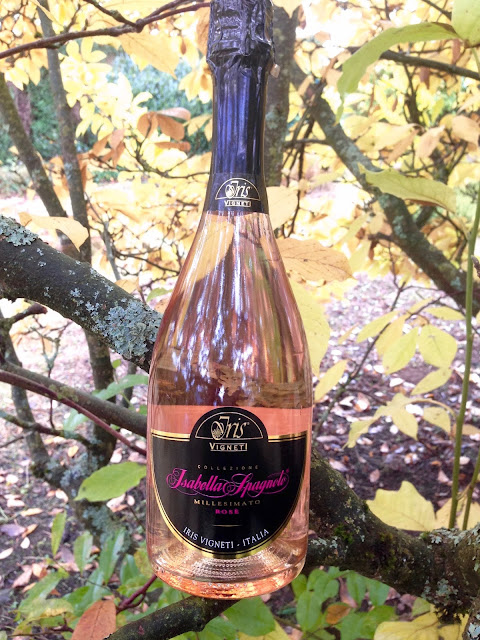 I first tasted Isabella Spagnolo Rosé Processco 2015 several months ago at Issimo, a wonderful Italian deli, and was enchanted at the first sip.  It’s one of those wines that suddenly brightens your world and makes all things possible.  Really?  Hell yeah!  Learn Italian?  Sure.  Find an Italian girlfriend without your wife knowing and buy an apartment in Rome?  Well, I guess there are limits.  I can’t afford an apartment in Rome right now.  But, you get the picture.

So, you say, there are lots of Proseccos,  What makes this one so special?  First of all, I’ll say up front, taste is very personal.  Secondly, I have good taste.

So with those two tidbits at the heart of my argument, let’s chat about this luscious bubbly.

The Iris Vigneti is a pretty small winery, surrounded by only 20 hectares, or a little less than 50 acres, near Mareno di Piave, Treviso, Italy.  A little hard to picture?  Think of northeast Italy, about 28 miles north of Venice.  The whole region is Prosecco country, where Glera grapes are queen of the vine.

Here’s a note about Italian wines.  You’ll see a designation on the bottles, either DOCG (strictest standards), DOC (less exacting, but still pretty damn strict), and IGT (created because some of the growers couldn’t meet the higher standards).

Does IGT mean rotgut?  Not at all.  The reasons for not meeting the most strict standards are many, including having a vineyard outside a certain region.  Matter of fact, as with all things, outside the boundaries is where innovation thrives. 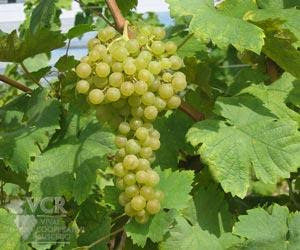 Glera is the grape most associated with Prosecco and in fact the grape’s name is sometimes interchangeable with the wine it produces.  Prosecco, by the way, is a village where this style wine originated.  It’s also interesting to note that Prosecco may be either spumante (sparkling), frizzante (semi-sparkling), or tranquillo (still wine).

The Prosecco I love, the Isabella Spagnolo Rosé 2015 bears the name of one of the owners, a statuesque Italian blond.  Iris Vigneti’s winemaker and co-owner, Loris Casonato created a wine that is just as beautiful.  Light as taffeta, fruity, and soft on the palate, with a smoothly rounded, bubbly finish.  It’s a dry, spumante Prosecco, yet without even a touch of harshness.  On the label, you will notice a word, millesimato.  The m word means the grapes were selected meticulously from a single harvest, and only the very best grapes were pressed to make this wine. 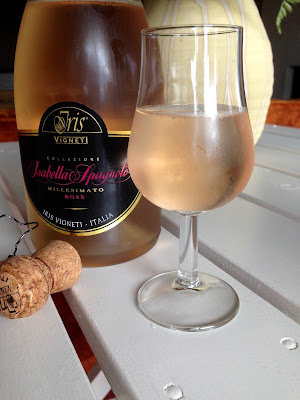 So, have a glass or two or three!  Make all things possible! Salute!  Can cin! 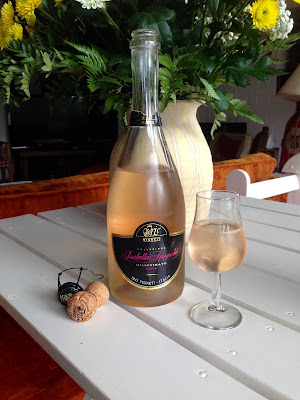