One of the pleasures of living in Europe is travel.  I’m not talking about saving for years, planning for years, and finally throwing down a roll of green for a little bit of travel time.

Nope.  Take last weekend’s holidays, for example.  Rome popped into my mind. Grabbed some cheap airline tickets and reservations at a nice hotel.  Cheap tickets?  Sure. Only a two-hour flight.  They could have packed me in a suitcase and I would have been ok for two hours.  Total cost for my Thanksgiving Weekend, including airfare and three nights in a great hotel was about $400.

Fortunately, they did not pack me in a suitcase.  Instead, a kind flight attendant  offered me champagne, with a smile.  I almost mistakenly wrote Stewardess, which would have pissed off every woman who has ever had the slightest grudge against any man, dating back to kindergarten.

Properly refreshed, I settled back to read the complimentary newspaper.

FCO (Leonardo de Vinci) International Airport is well organized.  Zip zip and you’ve got your bags. Then it’s a short walk to the train station or Metro Line.  Metro is dead simple to use and the cost for a one-way ticket is about $1.65.  But, if you’re going to be in Rome a few days, you can also buy an extended use ticket.

Another European invention is the Hop-On Hop-Off bus, available in most major European cities.  H-O-H-O takes you on a tour of the city and lets you jump off wherever you yearn to see the highlights up close, then jump back on.  With buses running every ten to fifteen minutes, you never have to wait long.  Cost is about $20 for a 24 hour ticket.

Rome, you will quickly realize, is a city built on the ruins of a city that was also built on ruins, which was built on….ok, you get it.  From those rare lucid moments in European History Class, you may vaguely remember the ancient Roman civilization lasted for twelve centuries. It's broken down into three periods: Kingdom (753 BC – 509 BC), Republic (509 BC – 27 BC) and the one we know best, Empire (27 BC – 476 AD).  The Empire, of course, is best remembered for all the conquering and all the famous Caesars. (Julius, Augustus, Nero, Caligula, etc).

But, first things first.  Who established Rome?  One answer is the well established myth of Romulus and Remus.  Half god, half human, the brothers were raised by a she-wolf, but later argued on which part of Rome should actually be Rome and Romulus killed Remus, which set the stage for future bloody episodes in Roman history. 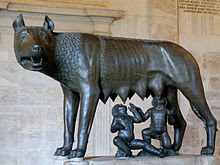 Please keep in mind, that what I’m offering here is a glimpse and ONLY a glimpse of Rome.  Hey, I was only there a weekend and according to this guide and that, a particular edifice could have had three or four different ‘famous’ architects over the centuries.  When the names I’ve never heard of spewed like water from the Trevi Fountain (yes, I recognized that one!) I became bewildered and sought quantities of wine.

So, many of the photos are just ‘life in the city’ photos, a peek into what the streets are like.  But, I do have a bit more to offer.

Let’s chat about Fontana di Trevi for a sec.  Trevi is at the juncture of three roads (tre vie) and marks the end of one of the major aqueducts that supplied water to the city of Rome.  Legend has it a virgin helped the engineers find pure water about 13 miles from the city. They then built the aqueduct. No history about what happened to the virgin, but I’m guessing she made a good living as a pure water gal, but often lacked for male companionship.  It’s a give and take world.

How about the Colosseum or Coliseum?  Completed in 80 AD, it held 50-80,000 people and was used for entertainment on a grand scale, including reenactments of battles, both land and sea, plus lots of killing sports.  Unlike the Circus Maximus (150,000 people watched chariot racing), the Coliseum didn’t see much killing of Christians, or so I’ve heard.

Then there’s the Palatine Hill (photos below), the centermost hill of Rome (remember, there are seven), which overlooks the Circus Maximus on one side and the Forum on the other.  This is supposedly the hill where Romulus and Remus founded the city.  Now it’s a vast collection of rubble, the ruins of multitudinous temples to every god imaginable.  I roamed this place for two hours and didn’t see it all.  Finding your way out is part of the frustrating game of “Let’s see the rest of Rome.” 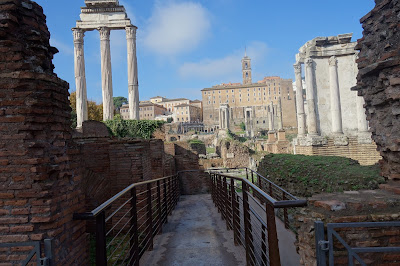 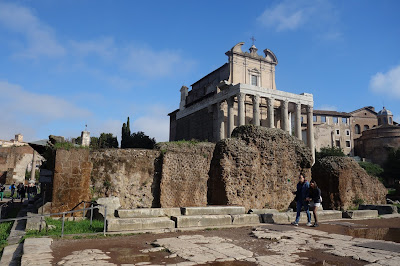 So much I didn’t see.  I don’t know how many lifetimes it would take to learn about Rome, street to street.  There’s the Vatican, just to name one.  Did you know Vatican City State is it’s own country?  Just 110 acres and with 842 inhabitants, it’s the smallest sovereign state in the world.

Ok. Ok.  Enough.  Time for more wine.  Just a quick question:  If a virgin helped the Romans find pure water, who helped them stomp the first grapes?  I know what you’re thinking, “Who gives a damn, just shut up and pour!”  Salute! 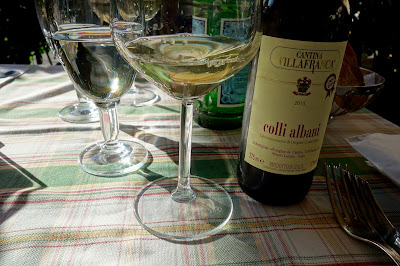 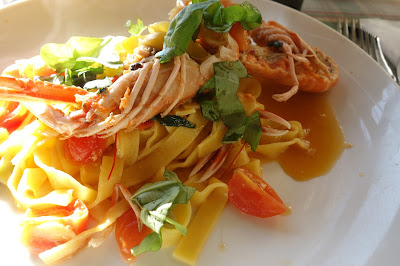 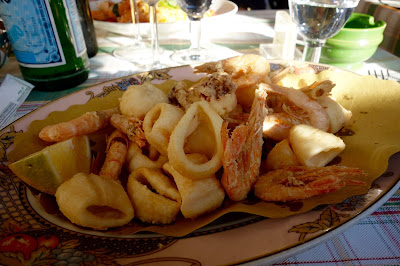 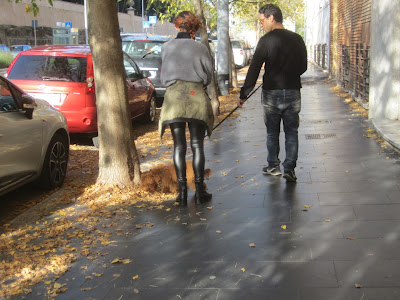 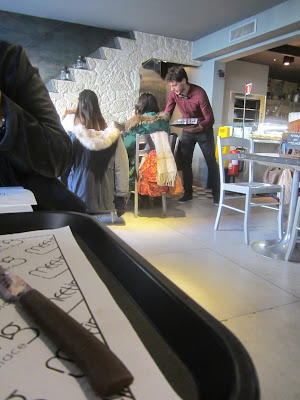 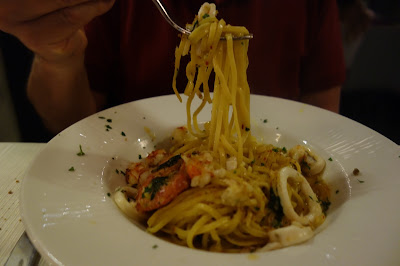 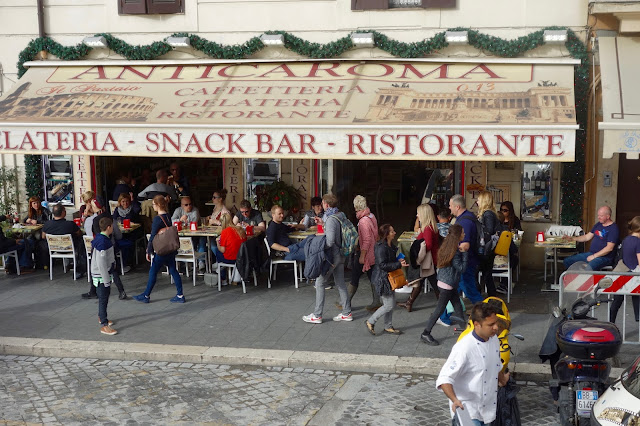 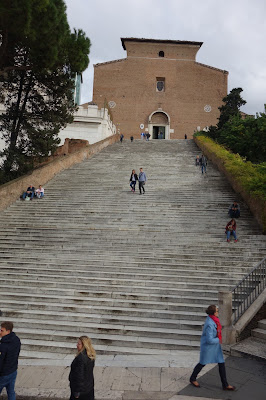 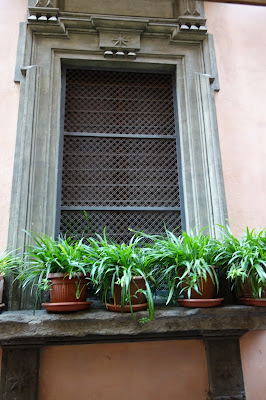 
I’ve been going to London so long I’ve stopped counting. Nowadays, I go for one special reason, London’s a smorgasbord of pleasures.   Pubs and Plays, just to name two.  But, between pints and the theater, I cram in museums, bookstores, shopping, and an upscale bar or two.  Man cannot live by beer alone, although goodness knows I’ve tried, so I seek out some wonderful restaurants.  Wonderful, I said, not top hat and evening gown elegant, or pricy enough to melt your plastic.

There’s a fabulous array of restaurants, ethnic and otherwise, spread throughout this magnificent city.  A couple of decades ago, I would have been among the culinary mourners.  English food?  Blah and bland.  These days, the choices make me drool, while my heart beats like a snare drum.

Indian cuisine has always been in Soho, but now those fragrant flavors flow into every artery of the city.  In Kensington I found one of the best, Light of India, a permanent stop of mine.


Then there’s Chinatown!  Right behind Leicester Square.  Several blocks of Chinese restaurants race you from one end of China to the other, from steaming dim sum, to the sweet and sour Cantonese, to Beijing duck, and taste bud punishing, spices from Sichuan Province. Don’t know which one to choose?  Try Leang’s Legend and sample it all! 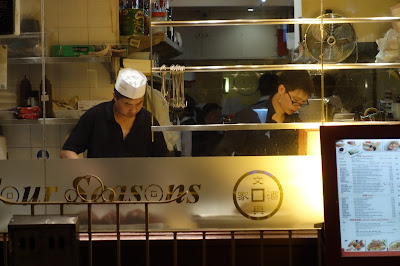 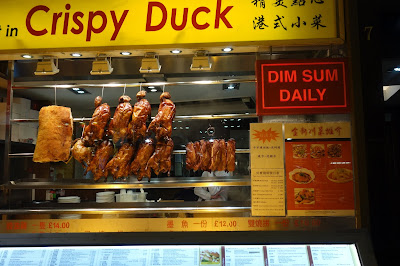 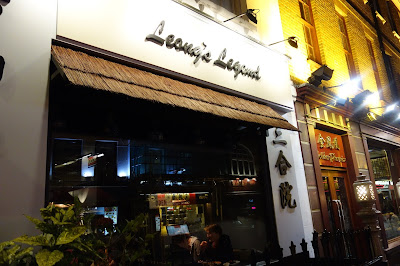 By the way, anyone enlighten you about the eight major regions of Chinese cuisine?  Aren’t you glad I asked! 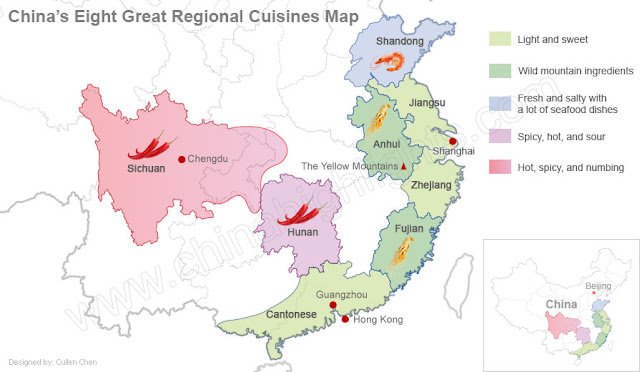 My favorite fast food is doner kabab, a Turkish dish of shaved meats, which the Greeks call Gyro.  On the corner of Leicester Square, there’s a fabulous doner spot, Fiori.  Turkish?  Yeah, kinda.  Fiori also serves pizza and all the waitresses are drop dead gorgeous and from eastern Europe, but the food is as authentically fragrant and tasty as any I had in Ankara. 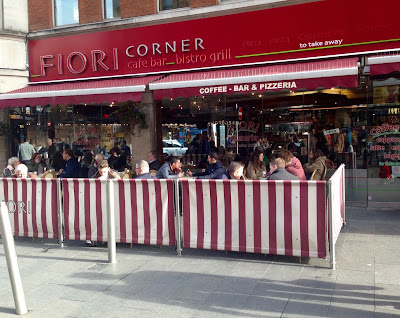 There’s also Japanese, Peruvian, Vietnamese, and dozens of others.  And don’t neglect the gastro pubs that serve everything from Thai to aged steaks.

If you’re as addicted as I am to Japanese ramin, then Kanada-Ya is your kind of place.  Steaming noodles in wonderfully filling miso broth is perfect for a London lunch on a chilly day.  Located in several parts of the city.  Expect to wait in line.  Yep, it’s that good! 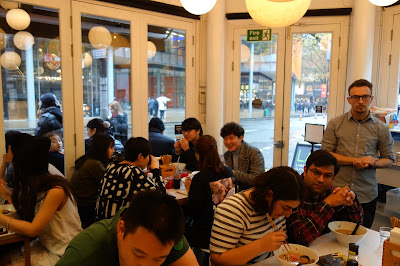 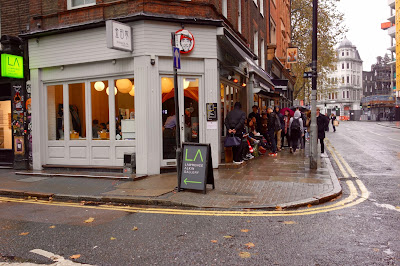 And if you want the best of gastro pubs, try The Churchill Arms in Notting Hill for Thai, The Queens Arms in Kensington for pub food with a French flair and The Porcupine near Leicester Square, for pure English pub fare fit for a king.

Can’t make up your mind and want a taste of everything?  Try the wonderfully expansive Boroughs Market (Closed Sundays).  Don’t you dare miss this one! 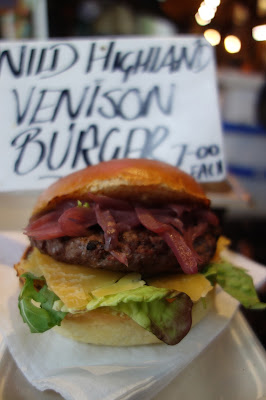 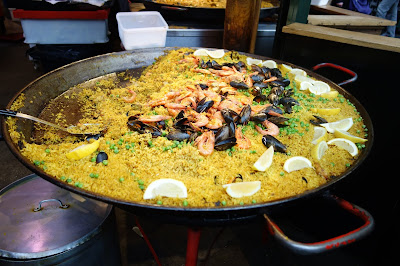 And, let's not forget breakfast at my favorite spot, Café Forum! 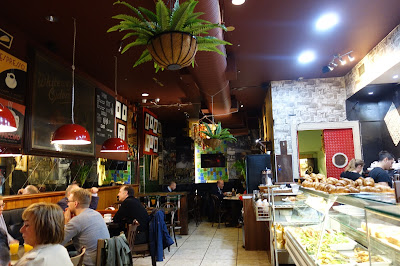 If you go hungry in London, have yourself checked for tapeworms and scold yourself for your lack of imagination!