Let’s Talk Sex: Because I know you want to know 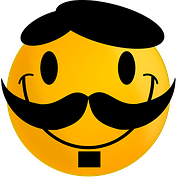 Here are frequently asked sex questions by people so unlucky they worry about what happens if they do get lucky.  Penis size. Breast size. Sex toys. Favorite positions.  Stop smirking and read on, it’s all here and you need to know.

I ran a survey of my own. I have found, however, that when approached by a stranger on the street and asked if they use sex toys, women are most likely to use Mace.  My follow-up question about the possibility of a demo frequently results in loud blasts on a whistle and injurious blows to delicate parts of the body.

What percentage of women prefer a large penis?  Rachael Rettner writes in Live Science, June 04, 2014:   (to paraphrase) It depends.  41 women were asked to view and handle blue penises produced on a 3 D printer.  They ranged in size from 4 inches long and 2.5 inches in circumference to 8.5 inches long and 7 inches in circumference.  Their picks:  Circumference matters and for one-night-stands, the bigger the better. For long-term relationships, the women preferred lesser girth.

I'm guessing long-term preference has something to do with not having to go to work with a new excuse for why you walk funny, and why you view stairs with alarm.

I’m also guessing for one night stands, women prefer men who don’t get discouraged after the first three or four climaxes and pack ropes and whips for a game of midnight rodeo.

Do men really prefer large breasts?  This one I can answer without going to some scientific journal.  Men really don’t think too much about the size.  Anything 36 D or more is just fine.  But, let’s delve deeper and look at the science.

Lizette Borreli, writing in Medical Daily, January 27, 2015 has this to say  (I summarize):
Men who prefer large breasts are generally more sexist or very hungry (no, I did not make that up: British study), or more independent, or ready for fatherhood.

How about those who prefer small breasts?  Financially independent, or want a submissive partner.

See, they make it sound all black and white. How about just wanting to have a good time?

I prefer a large or small breasted submissive, who is financially independent, keeps me very hungry, and thinks a blue 3D penis is silly.

Do men prefer loose vaginas or a fist-like grip that makes your eyes bulge and your swollen tongue stick out?  We call that second one the ‘testicles are fearful expression.’ Logan Hill, wrote in Cosmopolitan, March 26, 2014 pretty well summed it up:  “You get what you get and you don’t get upset.”

Pithy, but it doesn’t answer the question.  In the first place, it depends on whether you’re going to use a sex toy during intercourse…..just saying.

What is your favorite sex position?  Casey Gueren, writing in Women’s Health,  September 29, 2014 lists men’s favorites:  Doggie Style, Cowgirl, and Missionary.  How come?  Doggie feels more naughty.  Great view.  More intense. Cowgirl lets her really get into it and you can play with her breasts. Missionary because it feels warm and natural and you can turn your head and watch the ballgame.   Ok, I made that last one up.

How about the ladies?  What’s their favorite?   From Aly Walansky, writing in Ask Men and referencing Emily Morse, author of  Hot Sex:  Over 200 Things You Can Try Tonight. (Damn that woman has endurance!)

With women it gets complicated.   Missionary. Missionary variation, legs pulled up and resting on man’s chest. Doggie Style 1, stacked spooning, Doggie Style 2, pillow under pelvis.  Doggie Style 3, flattened doggie.  Woman on top.  Woman on top, with the man sitting on a chair.  The respondents left out woman on top while doing the hokey-pokey.

They also left out, woman thinking about new curtains, while ignoring her partner’s jackhammer thrusts and Olympic-like performance.

Why did the women pick ‘em?  Missionary, more of a connection and eye contact. (I’m guessing these women prefer floodlights to quiet darkness.) Legs up Missionary gives great clitoral contact and everybody gets a great view. Spooning Doggie Style 1 provides more body contact, a rocking motion and great stimulation.  Doggie Style 2 allows for deeper penetration, which makes sense if you have a large blue penis.  Doggie Style 3 allows the man to use his hands to press down on the woman’s back, for a more submissive feeling.  Woman on top and woman on top sitting on a chair play out pretty much the way it does for the men, but with angst.

You’re seeing the problem here, right?  Men say, here’s my three favorites.  Women, same three favorites, but infinite variations, while they worry about breast size and if their vagina’s too tight or too loose.  Like we notice.

The Art of Creative Thinking by Rod Judkins 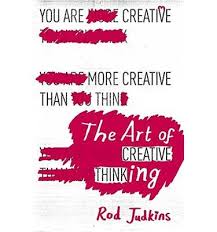 Page 138, Surprise Yourself.  It’s about art, right?  Yep, and also about starting a company.  But, mostly it’s about you!

Page 158, If Something Doesn’t Need Improving, Improve it.

Page 267, Be An Everyday Radical.  Read about a most unlikely scientific method that astonished scientists.

As you can see, The Art of Creative Thinking is not a normal book you read from cover to cover.  Pick it up and browse at random.  You’ll find yourself jumping from page 95 to 53, and 70 to 227.  It’s a book to be kept at your bedside, or in your purse or briefcase or in your car.  Read bits and pieces here and there, in no particular order.

Break the mold of thinking you have to read from cover to cover!

Are goals necessary?  Try page 96, Aspire to Have No Goals

Rod Judkins tells true stories in only a page or two, and in no particular order, but with an orderly, if strange method that will keep you jumping through the book, and pondering day and night.  Absolutely fascinating perspectives and observations, based on real people in real situations that free your mind to stop and think and wonder and…create.

Toss off those shackles that trap you in a prison, chained to the attitudes of friends, family, and other warders who demand you live up to their expectations.

That fear of failure you’ve cherished and worshiped?  Slap that monkey and get it the hell off your back.

Judkins isn’t talking about jumping into outrageous situations that land you in jail, or divorce court, or cost you a life savings.  He’s simply saying, stop worrying about your self-imposed limitations and …create!

Not a painter? Ever tried it?  Well, see I’m not artistic… Most of us trace our self-doubts to a chance remark by a parent or teacher. Maybe a high school math teacher told you you’d never be good at math.  Utter crap.  Judkins leads the way in freeing yourself from others’ opinions.  As Tom Cruise’s character says in Risky Business, Sometimes ya just gotta say Fuck it!

Most creative folks do not focus on money or fame, just two more words that mean paying attention to what others think.  They focus on their art, be it writing, or painting, or creating a business.

Mother Teresa didn’t dedicate herself to becoming famous.  And what she did for the poorest of the poor was as creative as any other artist.

Wanna take up painting or tap dancing?  Public speaking? Improving the business you’re in or inventing something new?  Don’t listen to the naysayers.  Only you control your own life.