Time to Watch Some Fooooootbawl! 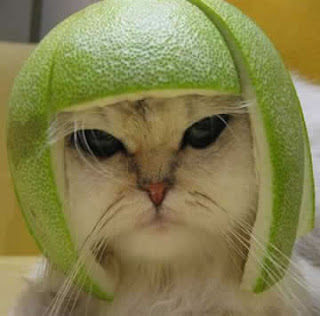 If you watch college football, and by that I mean anyone who isn’t visually impaired, a communist sympathizer, or doesn’t salivate at the mere mention of BBQ, fried chicken, and cheerleaders dancing to “It’s All ‘bout Da Bass,” you may have heard football terms tossed around by announcers addicted to exclusive use of the present tense and fuzzy metaphors.  The unfortunately sober among you may even have wondered what these muddled, descriptive terms can possibly mean.

Red Shirt Freshman:  Incarcerated last year.  Charges now reduced from breaking and entering to “meandering.”  Some players like to be ‘red shirted.’  It gives them a chance to visit family members. On release, the “fine young man" is declared “just a kid who is trying to move on.”

Just A Kid Trying to Move On:  You heartless bastards better not mention his extensive criminal record again.

True Freshman:  Charges dropped.  The university sent a note of apology and a ‘little something,’ so the girl’s family could pay off her student loans, buy a new car, and take her to Paris for a two-week stay at the Ritz.

Student Athlete:  Runs faster than a speeding bullet, as noted in the police report.

Physicality:  6’ 5”, 300 pounds and can stop a bullet with one raised hand, while promising to “tell the whole truth and nothing but the truth.”

Can Beat You With His Feet:  Arresting officers, don’t stop with just cuffing him.

Has To Step Up:  Stepping down and sideways hasn’t worked.  Lost the game.

Showed Poor Leadership:  Cut in line at Bobo’s Chicken Shack. Ripped off the manager's arm and ate it.

Suspended For Violation of Team Rules:  Prepubescent sex, firing an automatic weapon with intent to “fuck you up bad,” and skipping practice to participate in an armed robbery.

World Gone By - by Dennis Lehane 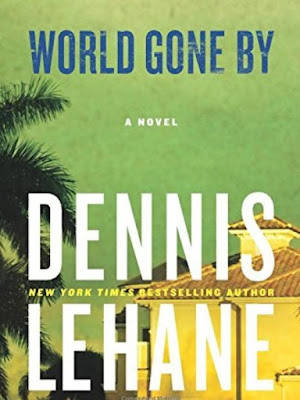 I don’t usually blog about two books in a row.  But, this is summer and my hands are never empty when there’s a good book around.

Dennis Lehane’s tale of wartime gangsters in Tampa falls into the page-turner category.  World Gone By reads like a well done TV series.  Think of the Sopranos, or Boardwalk Empire. Complex characters.  Twists and turns that sugarcoat nothing and make it hard to sleep.

It’s 1943 and Joe Coughlin is a fish out of water, but essential to the mob’s operations in Tampa and Cuba.  Yep, he’s Irish and from Boston, but he has a knack for making money.  Heaps of it.  That makes him important to his Italian-American bosses and gets him a place on the Commission, where every important decision, from business to killing is made.

He’s safe, right?  No longer.  Somebody, for reasons unknown, has threatened his life, or at least that’s the rumor.  It’s a rumor loud enough to get his attention.

Complications drive a plot and give depth to characters.  In Joe’s case, the complications run in his veins, right back to his childhood.  His background and choice of professions, and ability to keep the cash flowing make him “one of us.”  At the same time, being a non-Italian keeps him outside the fold.

With a Lehane book (Shutter Island, The Drop, Mystic River) nothing is ever exactly as it seems.  World Gone By is an onion begging to be peeled chapter by riveting chapter.  Friends are friends, or are they?  Enemies?  Friends?  Hard to tell.  What day is this?  Mutations occur with every passing hour.  It’s like trying to keep up with a basketball game when every player wears a different color jersey and shoots at both nets.

Lehane added something more.  He carefully hid a morality play inside a crime novel.  Everyone’s actions have consequences, even yours and mine.  The characters in this book wrestle with deeds done and undone, just as much as we do.  The ‘business’ is important.  Friends are more important.  Family is the most important, except perhaps when money steps in.

But, Joe has a quick mind.  He’s a member of the walking dead, sudden resurrected.  Wait a minute.  Nothing’s settled.  He has to protect those he loves and to do that he must first protect himself, while keeping his value among stone cold associates.  Feed and water the tigers, but don’t get forget they are tigers.

Edgy is not a word I use carelessly, but World Gone By is a razor that you have to balance on, even as the blade cuts into your feet.

Hungry for more?  The Given Day, and Live By Night are two previous Joe Coughlin novels.
Posted by foxone12 at 3:47 AM No comments:

The Truth and Other Lies: a mystery that sets you on edge 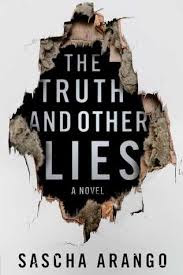 I’ve had it with most American mystery novels, invariably centered on a detective who’s a recovering alcoholic, still in love with his ex-wife, and recently fired for his hard nose methods.  Of course, he’s too smart and effective for the Police Captain not to bring him back in to solve a hopeless case. To be precise, a deeply flawed, washed-up, anti-hero.

So, I turned to European mystery writers, many of them Germans, but some English writers as well.  Erudite.  Laugh-out-loud funny.  A twisting plot that makes your mind twist.  Forget the detective.  Let’s concentrate on a manipulative narcissist, who attracts women like moths to worsted wool.

Henry Hayden, hedonist, best selling author – make that adored author – the toast of every book signing, and commonly swooned over in the vegetable aisle, has a big problem.

His wife loves him, in spite of all his faults, which is a trait essential to a happy marriage.  He also loves her, which he should since she anonymously wrote every one of his best selling books and made him the man he is today.

They live in a home worthy of an article in a large, slick architectural magazine.  His chosen car is an eye-catching compliment to Italian luxury.

But, there is a hitch.  His mistress is carrying his child.  Something clearly must be done and endless possibilities roam in Henry’s self-centered world.  He entertains no objections to any of them.  Where, how, and will it work? are the utmost concerns.

Sascha Arango, in his first novel, creates that most interesting of characters, an ambitious, multi-faceted rogue, with an uncanny sense of self-preservation.

What would you do?  Confess to a loving wife?  Talk your mistress into an unwanted abortion?  Morals are certainly no impedance, but preservation of self and life style are writ large.

You can see why I’m drawn more and more to European authors, especially if they’re male and German.  Finely etched characters stand out, but also the plots avoid the expected flow of wide-river stories, and instead follow the tributaries and rivulets that trickle in unexpected directions, leading to unexpected endings.

The Truth and Other Lies fills the bill.  Wanna guess what will happen next?  Good luck.  Think the laugh out loud situations make this a comic opera?  Good luck again.

Mysteries are supposed to keep you in suspense, with a dashing plot, and indelible characters that make you flip pages and yearn for the author’s next book.

I’ve only got a few words for Sascha Arango:  Write faster!  I can’t wait! 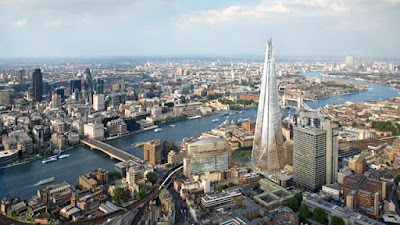 “Pregnant women really do not need to eat for two, scientists have confirmed.  This is because the body becomes better at extracting energy from food during pregnancy.
The effect appears to last until after…breastfeeding, which explains why some women pile on the pounds while expecting…and find it so hard to get their figure back after giving birth.
Doctors have advised for some time, that pregnant women who eat for two risk weight problems.
Co-author Dr. Jake Jacobson said flies utilize and store fat in the same way we do.”

He did not explain his sudden interest in flies, or why his beady eyes scanned the room, while nervously holding a fly swatter and examining a patient.

Further evidence shows that WalMart shoppers sometimes eat for four or more and cannot tell if they are pregnant with triplets or just constantly hungry.

They shouldn’t complain.  The Germans pay 80% more.  Does that include war reparations?  Just asking.  Greeks get in for free.

“Yesterday, the head of a leading NHS (National Health Service) hospital said it is distracting, frustrating and expensive to have to recruit large numbers of nurses from overseas.
Dr. Keith McNeil, …added that it is also deeply unsettling for patients who often struggle to be properly understood by carers with limited English.”

Mother-of-god!  I said capsule NOT catheter!  Get your hand off my…holy shit!

“The tragedy is that there is no shortage of Britons who want to be nurses: last year there were 57,000 applicants…but hospital managers wrongly decided in 2011 and 2012 that – despite a rapidly growing and aging population – they didn’t need them.”

Several of the 57,000 turned out to be merely avid voyeurs without the proper nurse qualifications.

“For the first time, the NHS’s watchdog, NICE, has been forced to instruct hospitals to ensure the dying are given adequate water.”

Water?  Bunch of complainers!  Next week they’re going to want to live a little longer.  Healthy folks are so much easier to deal with.  'You say potato, I say potah-ta, you say water, I say aqua...'

“General practitioners are being offered cash incentives worth up to £200,000 ($310,000) if they do not send patients to hospital for routine operations.
They have been told to slash the numbers referred for procedures of ‘low clinical value’ including hip, knee, and cataract surgery.”

See, under a government run health system, everyone is entitled to free care.  Wait a sec! Not so fast there, you blind bastard!

I see a connecting thread…eliminate the dying and those whiners needing operations and think of the money you’d save on hiring nurses.

Why are shop dummies so thin?

I’ve often wondered that myself and why their eyes have a blank look and why they don’t open their mouths and converse like normal people? Yes, it’s true the mannequins are slimmer and taller than the patrons, which may lead some, including the irate Synthia Footstone (not her real name) to stamp their feet and gnash their teeth, and write to newspapers while munching her chips and finishing her Venti Latté.

“Research can’t show a direct link between what mannequins look like and why people feel bad about themselves,” says Dr. Sarah Riley, a psychologist at Aberystwyth University.  She also says stylized and arty mannequins may be leading to great numbers of Brits (up to 750,000), including children having eating disorders. (a paraphrase)

Hold on there, Dr. Riley!  No direct link?  Didn’t I just read that Brits are getting heavier?  Thin mannequins are the only thing I can think of that would cause that!  Oh, the horror.  I won’t be able to sleep tonight.   I think I'll interview a few mannequins and see if it spoils their self-image to have fat people stare at them.

A young actress offering to let Dorothy Parker go through the door first: “Age before beauty.”
Miss Parker: “Yes, my dear and pearls before swine.”

When Zsa Zsa Gabor was asked how many husbands she had had, replied, “You mean apart from my own?”