A Few Days in Madrid


Ok, lesson number 1.  You’re not going to see all of Madrid in a few days. Put a cap on that bottle right now.  Matter of fact, you can live there a few years and only get a tasty swallow of this wonderful city.

Lesson number 2. Shrug off the shame of well-traveled friends asking if you saw (fill in the blank) or ate at (fill in another blank).  There are thousands of restaurants and thousands of things to see and do in Madrid and you missed their favorites???

Seeing a big Spanish city in a few days is like becoming fluent in Castilian in a few days.  So, relax.  Ain’t gonna happen. 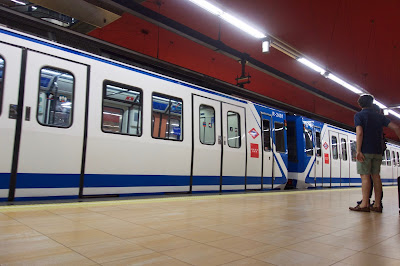 Let me be bold and arrogant enough to suggest how you can make your few days memorable.  Madrid has a wonderful Metro system, and an equally fantastic bus system.  Whenever possible, don’t use them.  Walk.  Feast on the sounds of the city, the serendipity of seeing a sidewalk café and stopping for a leisurely wine or beer, or coffee, or cola.  Strike up a conversation with the natives, many of whom speak at least a smattering of Anglo.  Get off the main streets. Smile a lot.

Did you miss the post on Tascas in Madrid?  One click will fill in the gaps.
http://stroudallover.blogspot.de/2017/06/dazzle-me-with-evening-of-tapas-in.html

“So, that’s wonderful,” I hear you saying, with a great deal of righteous indignation.  “I’m only here a few days and I’m wasting them drinking beer?” 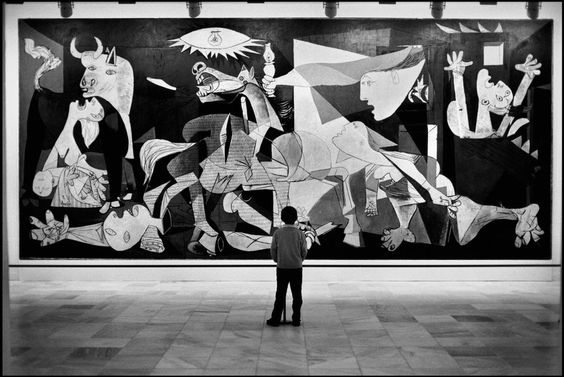 You have a point. Ok, let’s pick out some destinations, some aiming points. You can eat and drink along the way.  Of course, there’s the world famous El Prado art museum and down the street is the Museo Nacional Centro de Arte Reina Sofía that houses one of the most famous paintings of the 20th Century, Picasso’s Guernica.   By the way, it’s pronounced Gar (as in Gary)-KNEE-ka.  As you probably know, Guernica is Pablo Picasso’s raw, emotional portrait of the horror that is war, in this case inflicted by Germany and Italy during the Spanish Civil War.  However, it’s good to keep in mind two things.  The first is that Picasso did not paint the town itself, but the emotional representation of having the town bombed.  Secondly, in any civil war, there’s always enough cruelty around for both sides to have a heaping share.

Besides the painting itself, the museum displays all the preliminary sketches and partial paintings the artist did as he found his way toward the finished masterpiece.

Another tidbit.  He didn’t think this was his greatest painting.  What was?  Surely you don’t expect me to give you the answer and spoil the fun.

So, anyway, you’ve gotten your fill of Goya and Velazquez and so much more in the Prado.  On your stroll to Guernica, please stop right before you get there and have a cooling drink in a little hole in the wall restaurant right next door to Queen Sofia’s Art Central.  Take it from me, even when you’re right on top of the museum, you’ll need to stop and ask directions.  This garden of delight is the perfect spot to do it.  Looks like just a gate in a high wall.   Instead, you’ll find a paradise of tranquility so beguiling you’ll end up spending an hour.

One final note about El Prado.  Don’t rush.  Remember so many of those paintings from your art history class are right here and they’re more vibrantly powerful in person.  You can rent an audio guide that explains each painting.  Lots of ushers around to point you in the direction of your favorites.
Another major destination:  Plaza Mayor.  Only need to remember a few things.  Lots of Toscas and memorable restaurants in and surrounding the Plaza.  That big man on a horse near the center is Philip III, the king who did most of the planning and building of this wondrous plaza.  Overlooking the rectangular plaza are four sides of apartments and shops. The center is strewn with sidewalk cafés,  in great contrast to the autos-da-fé, which took place here in the 16th Century.  If you’re not aware of what an auto-da-fé is, I’ll give you a clue.  It’s wasn't beef and pork the inquisitors of the Spanish Inquisition were roasting.
I mentioned notable restaurants.  Casa Paco for perhaps the best steaks in the world.  Served on plates heated to almost 1300ºF (700ºC), the meat is gorgeously roasted on the outside and raw in the middle.  Just slice it as thin as you’d like and let the super-heated plates cook it to your taste. 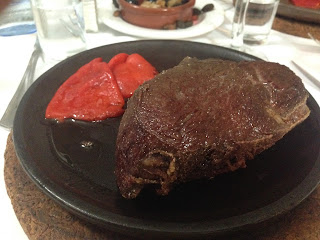 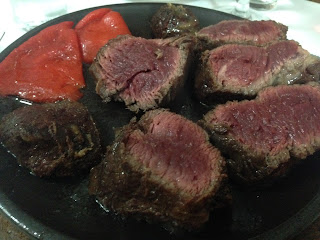 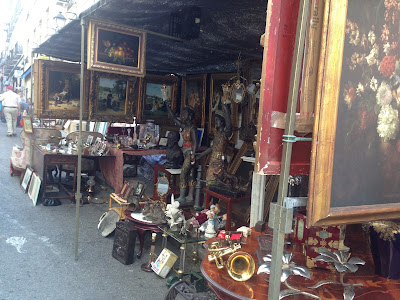 If you’re in town on Sunday, make a trip to El Rastro, Madrid’s famous flea market.  You’ll find everything from expensive antiques, to interesting and affordable objet d’art.  There are also streets lined with stands selling cheap clothes and jewelry.  By-pass those.  Look to the side streets for the treasures.

While you’re at the Rastro, with luck you’ll find a spot for chocolaté y churros.  You may have eaten churros, those crispy cylinders of fired dough, but I’ll wager you haven’t tried cups of Spanish hot chocolate.  It’s so thick and rich it’s almost like pudding.  Go ahead and dip your churros in.  Everybody does.

Never seen a flamenco performance?  An evening in Madrid is the time and place. Fabulous costumes, lots of finger snapping, clacking of heels, and intricately beautiful guitar strumming. 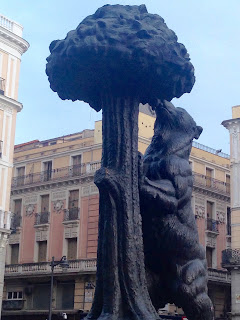 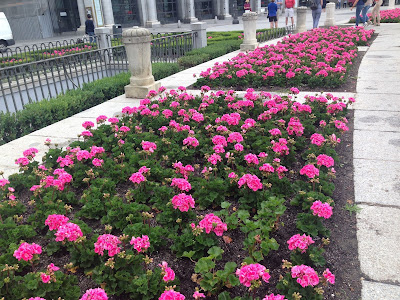 Of course you’ll want to visit the Royal Palace in La Plaza Oriente.  While you’re there, look for Café Oriente across the tree-lined plaza and with a beautiful view of the palace.  Take a break.  Have a wine.

Already you’ve used up your few days.  Really?  It’s over so fast?  Hey, time to put another visit on your calendar.  I’ll drink to that!
Posted by foxone12 at 12:37 PM 3 comments:

Dazzle Me with An Evening of Tapas in Madrid 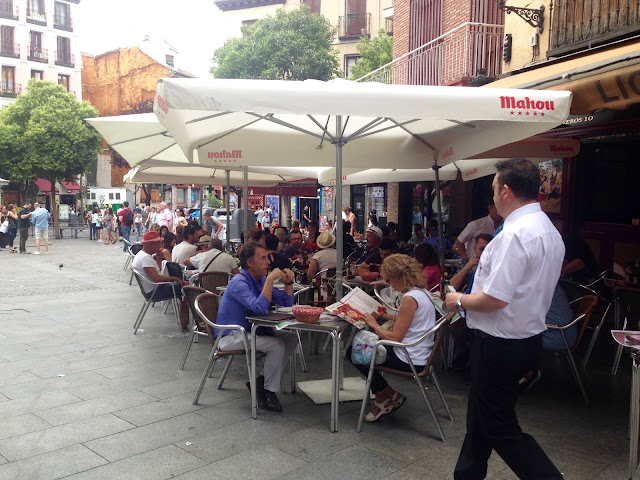 As my loyal readers (both of you) probably realize, I haven’t written in a while.  I know you’ve scratched your heads and tossed through sleepless nights, but there’s no need to worry.  I’ve been traveling and one of the places I traveled was to a small village of a few million people, nestled in the beating heart of Spain.  Everybody’s  heard about Madrid, the capitol of Spain.  Bullfights, flamenco dancing, Hola! and buenas dias.  Yes, but how about cuisine and quaint customs?

Spanish cuisine is not close to Mexican, or Peruvian, or Argentinian.  Nor is it close to German, or French, or Italian.  But rather than dwell on the broad spectrum, let’s concentrate on one little word you’ve probably heard before: tapas.  Yeah, I know, so-called tapas are so au current they’re served in mall-restaurants all over the U.S.  But, let me tell you, those are not the same tapas you’ll eat in Spain. 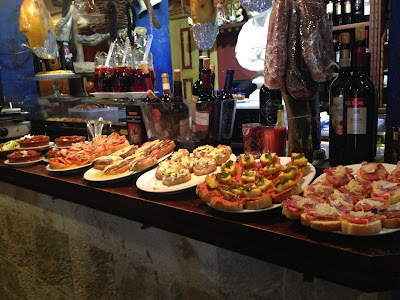 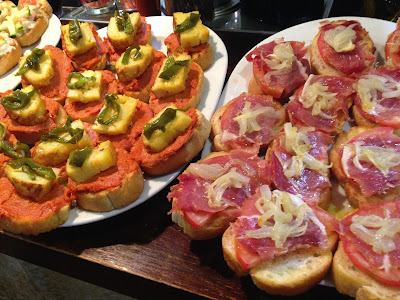 Tapas are to Spain what hors d’oeuvres are to France, an endless variety of little tasty tidbits to accompany an afternoon slosh of beer or wine.  While you swap lies with friends, at a tiny table in an outdoor café, tapas help you keep your strength up.   You order a beverage and the cheery waiter brings you a small dish without you even asking.  Slices of chorizo, or cheese, some olives, or potato chips, a small slice of Spanish tortilla, or even some boiled shrimp.  Then there are more elaborate creations of fish and meat and vegetables, some made into pastes and others more recognizable. 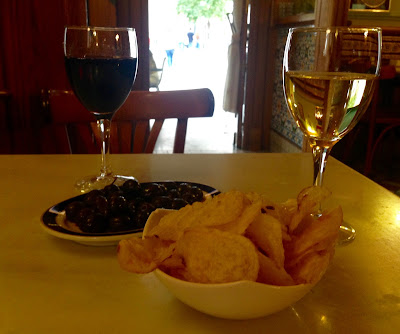 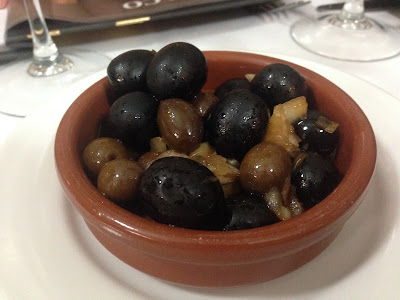 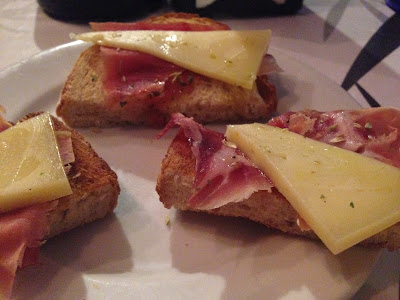 Did I say "waiter" instead of "serving-person-who-could-be-either-sex"?  Yes, I did.  In Spanish drinking establishments, the servers are more than 90% men. I arrived at that statistic after hours and hours of careful research. 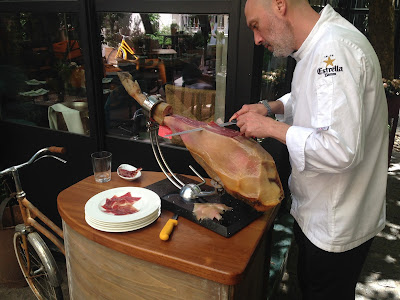 Time to stop for a moment and reflect on cuisine and culture.  In Spain, prime dinnertime is 10:30 at night.  Spaniards start off the day with a coffee and perhaps a pastry between 9 and 10 in the morning, often in the same bar they drank in the night before.  Then there’s a break for wine about 11.  Siesta arrives about 1 p.m. and lasts until 3.  Small shops close, and the back streets of Madrid, which are lined with small shops, look almost deserted.  Siesta is more than lunch and a nap.  It’s family time.  Important time.

All of this means when you eat lunch about 2 p.m. and wait until 10:30 p.m. for your next meal, something’s gotta give, which brings us back to tapas. 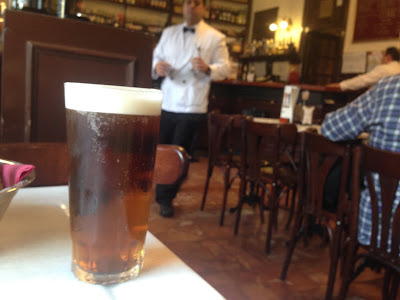 Tapa time is around 6 p.m. until 8.  You gather …. Wait a sec, where do you gather?  Ok, time for another digression:  Bars are not generally called bars in Spain, they’re called tascas.  Not hard to remember.  You eat tapas in a tasca.  Often you drink and nosh, then move on for another drink.  We call that tasca-hopping.  And in the morning, as I mentioned, they serve coffee and pastries.  So when a youngster tells his teacher, “My momma drops me off at the bus stop and goes to the bar,” he’s not spilling family secrets. it’s a grand idea, as a matter of fact, I…anyway…

Quick Spanish lesson.  Want a draft beer?  Ask for una caña.  How ‘bout a red wine?  Tinto.  White?  Blanco.  All come in a small size.
A couple of paragraphs ago, I mentioned Spanish Tortilla.  So, what’s the diff?  A Mexican tortilla is thin and flat, made from corn, or wheat flour, while a Spanish tortilla is a thick, round omelet, with a filling of sliced potatoes, and large enough to share with a group of your favorite inebriates. Spanish tortillas are often served at room temp.

Now that you’ve got the rules and the lingo down, I’m looking at my watch and think it’s time to don those dark glasses, open the top button on the shirt, roll up the sleeves and hit the streets.  You need a little money, but not too much.  Uno tinto, or una caña will cost you about 1 to 3 Euros, and remember those little plates of tapa are usually free.  Oh, yeah, put that dazzling smile on your face! An evening of tapas in Madrid awaits!

Don't forget to SUBSCRIBE.  Use the button at the top left of this page! 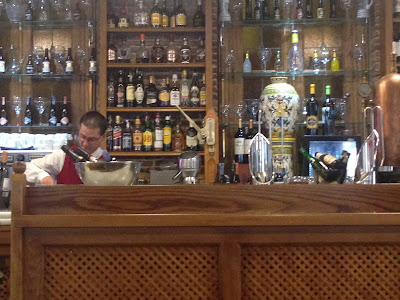 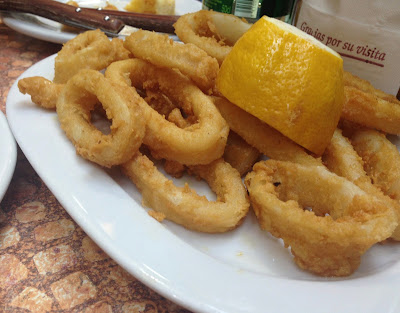 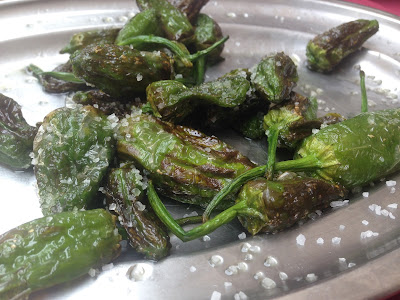 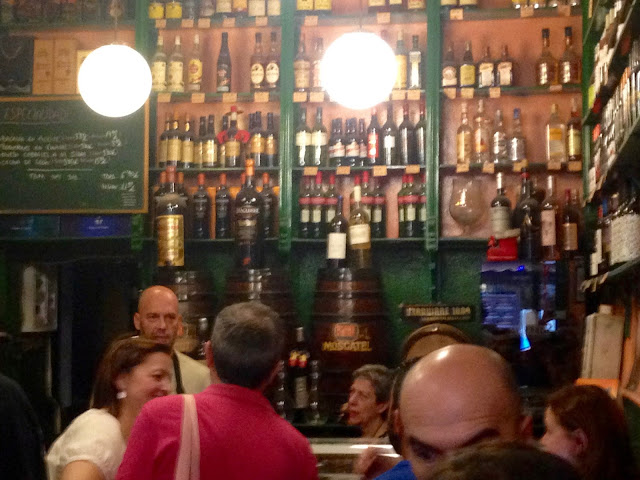